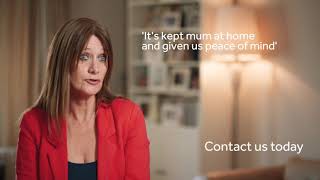 The charity Alone has received more than 14,000 calls since it opened its helpline last month, and staff and volunteers have made some 36,000 calls to older people. About 70 per cent of calls concern people living alone and almost two-thirds involve people aged over 70. Sean Moynihan chief executive of Alone recently Said “About 62 per cent of calls are about practical things, but when you actually get into the call it’s really about isolation and loneliness, and loneliness

I’ll get by with a little help from my home share companion With 49.5 % of Covid deaths happening in a nursing home setting Covid-19 presented a situation never encountered before in our health services. Along with a large number of nursing home staff becoming unavailable due to having to self-isolate, a huge strain has been placed upon our nursing homes. These challenging issues will not be solved overnight, and it may be a good few months before nursing homes are functionin

HomeShare: What are the Benefits?

The Harms of Elderly Falling at Home